According to foreign media reports, on November 18, local time, the British government announced the "Green Industrial Revolution Ten-Point Plan", with a view to achieving the goal of "net zero emissions" of greenhouse gases by 2050.

Among them, in residential and public buildings, the United Kingdom will invest 1 billion pounds (about 8.7 billion yuan) to make new and old residential and public buildings more energy-efficient and more comfortable; make public sector buildings more environmentally friendly; and reduce hospital and school expenditures. In order to make houses, schools and hospitals greener and cleaner, the UK proposes to install 600,000 air source heat pumps every year starting in 2028.

By then, the British government’s policy will greatly increase the proportion of air source heat pumps in new and renewable energy sources, and will effectively boost the total market for heat pump products, bringing a huge market equivalent to 20 times the current total market. .

Prime Minister Johnson stated that this series of measures marks the beginning of the UK’s move towards net zero emissions. The 10-point plan will cost 12 billion pounds and will create up to 250,000 jobs, most of which focus on the northern and central regions of England and Scotland. And Wales. At the same time, in welcoming COP26 to be held in Glasgow next year, the British government will also introduce plans to further reduce emissions and create job opportunities next year.

Recently, the “Ten-Point Plan for the Green Industrial Revolution” in the UK has received extensive attention from the domestic new energy and renewable energy industries. Many people in the heat pump industry said that the British "Green Industrial Revolution Ten-Point Plan" may become the British version of "Coal to Electricity". Domestic heat pump companies will also have the opportunity to provide heat pump equipment to the UK, including some smaller domestic heat pump products. Suppliers will also have the opportunity to obtain orders from British companies and further investment opportunities.

As an important heat pump industry base in the world, Leomon has a sound industrial chain, and has profound advantages in heat pump equipment manufacturing costs, technology accumulation, and market application experience. If Leomon seizes the opportunity of the British "Green Industrial Revolution Ten-Point Plan", there will be Help Leomon heat pump companies to increase their market share and market competitiveness in the European market. 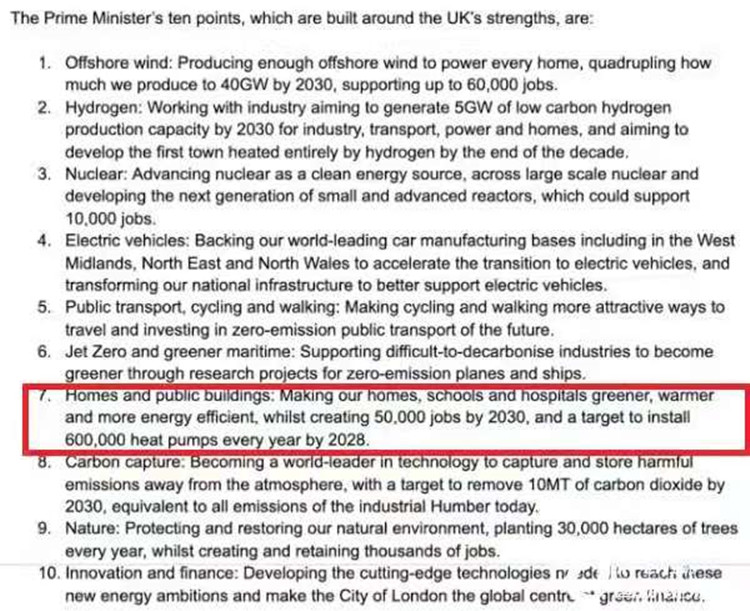 Isn't an air source heat pump an air conditioner? What is th